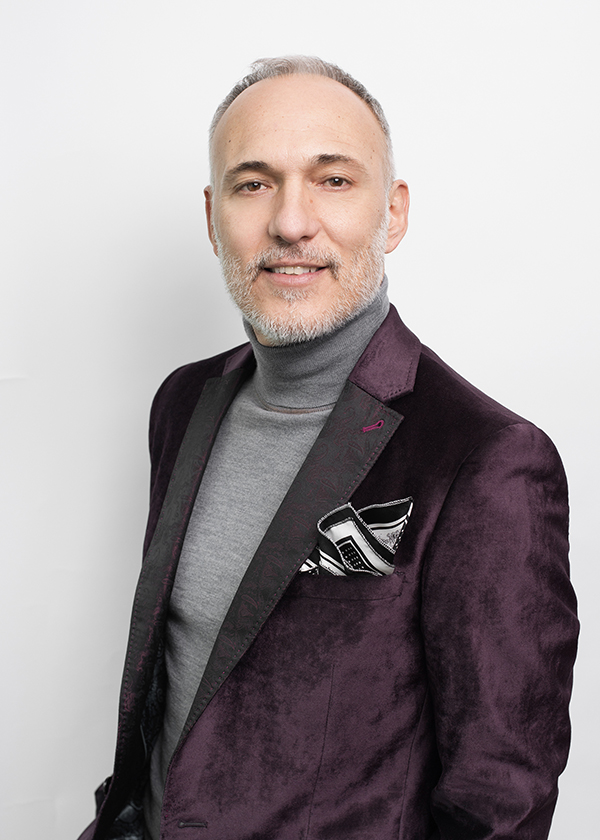 World renowned for his hair styling and colour artistry, Eric has studied and worked around the world including London, Spain, Milan and Toronto for more than 20 years.

Eric Del Monaco has also judged for fashion and beauty competitions, one being online show “Canada’s Next Beauty Talent”, where Eric sat alongside top model Coco Rocha on the panel. Eric has also been seen and cited in many magazines including: Chatelaine, Fashion Magazine, Flare, Hello, Lou Lou and the National Post.

Eric’s fresh and unconventional, ‘break-all-the-rules’ artistic approach to hair has made him one of Canada’s most popular and trusted hair experts. His innovative hair styling and colour techniques are inspired by the belief that a woman’s crowning glory is her hair.